In-between Spaces: Dual Citizenship and Placebo Identity at the Triple Border between Serbia, Macedonia and Bulgaria

This paper examines identity strategizing in the border region between Serbia, Macedonia and Bulgaria, focusing on the processes which affect the young generation’s decision-making. I first examine the case of the Bulgarian minority in Bosilegrad, Serbia, where citizens live in a constructed “own” heterotopic space, belonging neither to Serbia, nor Bulgaria; locals, and especially young people, create fluid identities for themselves which help them to inhabit the vague spaces “in-between” national and ethnic identities, state borders, internal and external “others”. Second, I look at young Macedonians in Kriva Palanka, Macedonia, where cross-border nation-making politics create a different heterotopia: of youth at the edge of the Balkan states, who live both here and now, but also elsewhere – in the imaginary and future “West”, a “promised land” that will remedy them from the disappointments of their reality. They live in a state of standby migration characterized by their latent state, guided by the decision and the first steps towards migration; a phenomenon I call placebo identity. 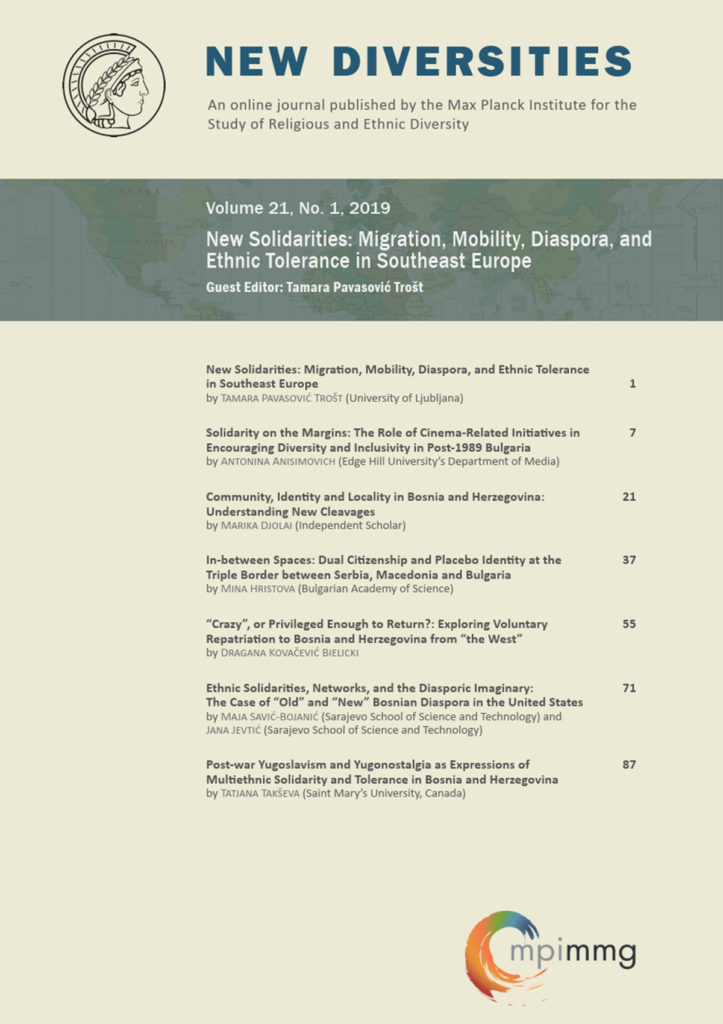